Judging by the Christmas tree and reindeer I saw during yesterday’s trip to the mall, I guess we’re skipping Thanksgiving altogether this year, jumping ahead to Christmas. 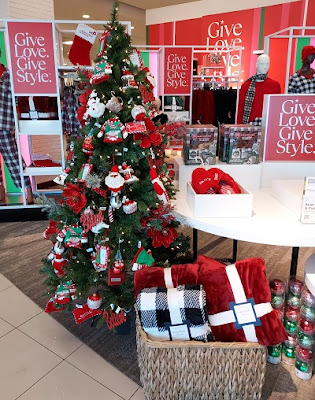 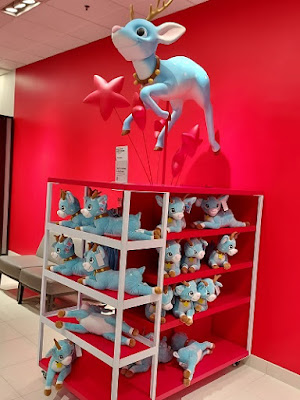 Jumping ahead my own darn self, I pronounced my holiday shopping as "Done!" when I walked out of Starbucks with a gift card for Trainer and the Mail Carrier, to be given out when I get ready to leave for the Thanksgiving holiday.

Making my way to the sporting goods store, though not feeling uncomfortable, I was very cognizant of the fact that, as the only Black female in the crowded store, I stood out like a sore thumb. 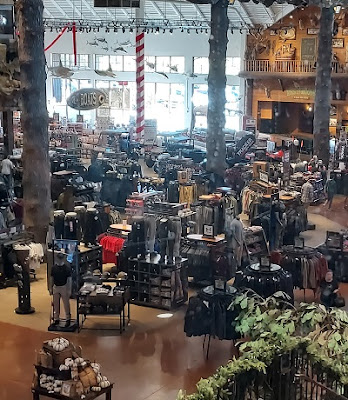 The place was the Disneyland of sporting goods stores, with an upstairs and a downstairs, no clerks or helpful salesmen in sight. So, as I roamed around looking for walking poles, while enjoying the country music festival vibe, I’d assumed every security camera in the place was focused on me.

The fun vibe of the store began even before I entered with the footprint of bears leading to the door and antlers as doorknobs. 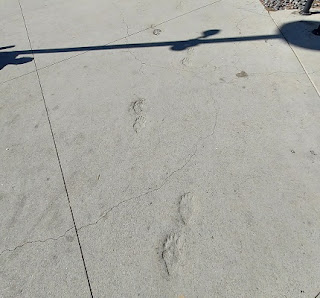 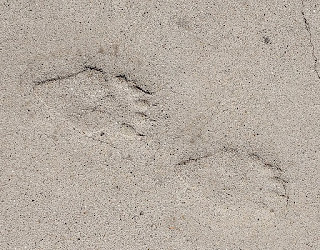 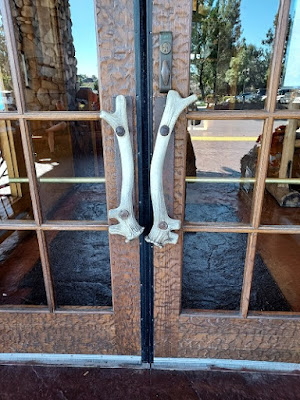 Upstairs was a Shoot’n Range, which brought back the memory of having been here before — back in 2007 when this sporting goods store first opened in the area. 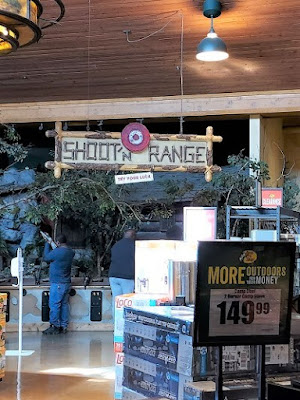 My oldest grandson (about 10 years old at that time and who is now in ICU fighting for his life after being seriously injured when a car struck his motorcycle) was visiting his aunt (Twin 2) who was living in the area at that time. I’d taken the afternoon off from work to kick it with grandson and we’d ended up checking out the new sporting goods store because I’d read they had a rock-climbing wall.

I remember that I most definitely did feel uncomfortable during that visit. Grandson and I both stood out like sore thumbs, and it wasn’t nearly as crowded as it is now.

He never tried out the rock-climbing wall, but we both spent quite a bit of time playing with the rifles at the shoot’n range.

It wasn’t free — didn’t get close enough to see if it is now, but back then the machine took $1 bills per so many shots.

I wanted to try my hand at the rifle yesterday, but the gallery looked to be the most popular place in the store, so I passed, found the walking poles — which I’ll probably be returning for cash back, as they only had the one middle of the road in price, off brand type, which I can’t get to lock.

Remainder of the time, I roamed around taking photos while enjoying the country music.

I’ll bet the folks monitoring the video cameras thought I was some kind of photo taking geek (which I am) or a BLM spy casing the joint. 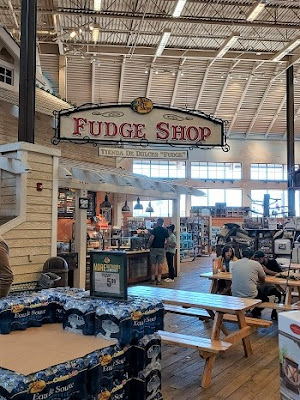 This mural is the door to the elevator. 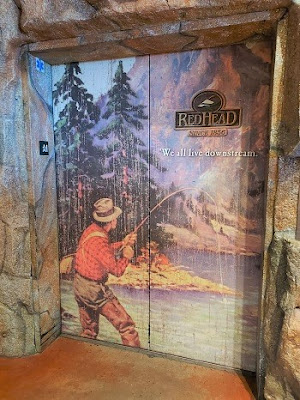 Elevator has a glass wall that looks out over the store and into the fishpond.

Not pictured is the Candy Corn concession that was calling my name. I walked away before I hurt myself by indulging.

Posted by BootsandBraids at 11:11 AM