Bring in the Clowns

Two residents turned up at today's costume party as Penneywise, that creepy clown from IT.

Inasmuch as some residents don’t have blog names, as they are barely if ever mentioned, I’m going to start using the letter of the first name of those lucky enough to have not transgressed into a blog name.

Dream Lover’s face was a mask, while G’s was a makeup job her nephew did for her. 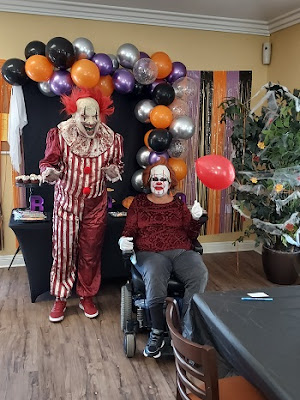 There were three categories in the costume contest — Most Creative, Scariest, Best Overall.

My Vampire Batman didn’t have a chance up against the Baker’s Most Creative. 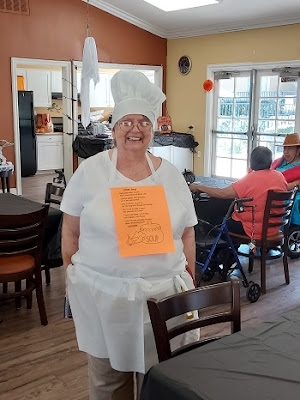 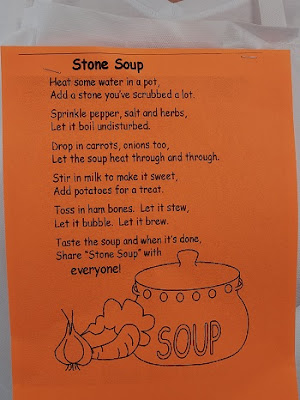 Nor up against G’s clown. 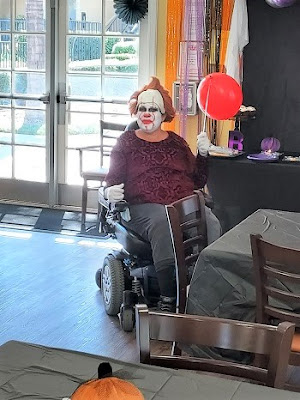 And most def not up against R’s witch outfit, which won the Best Overall. 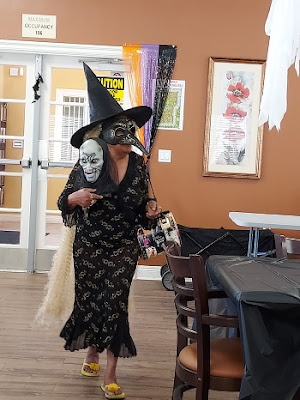 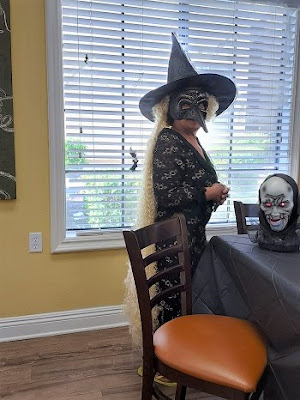 From the rear, R very much resembles the Adams Family’s Cousin IT. 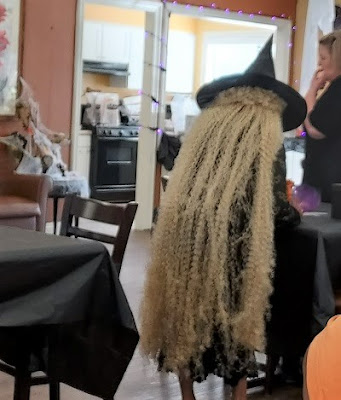 I wish I could say I had a good time, but I’d be lying.

I was already exhausted from an overload of the month’s activities, had a strenuous workout this morning, and was just not in the mood.

Others read that I wasn’t my usual self, inquired, so I said I didn’t feel well — which was kinda sorta true as I was exhausted but mostly just bored.

I hung in there for two and a half hours, as seniors played games and I sat on the sideline watching, snapping photos for their website, thinking that after the meal was served, they’d get on with announcing the costume winners and it would be over, but nooooooo.

After the seniors feasted on fried chicken from the market’s deli, potato salad, mac and cheese, corn on the cob (there was also a dessert bar with sweets up the wazoo), Red Light announced, "We’re going to play more games", at which point I excused myself from my table mates and snuck out.

Before I headed out, I overheard Red Light say something about a Thanksgiving Party. 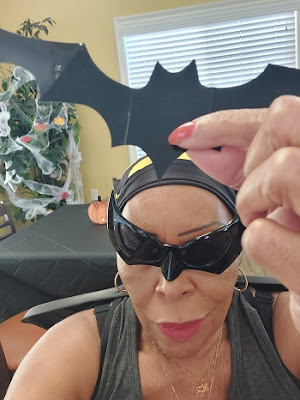 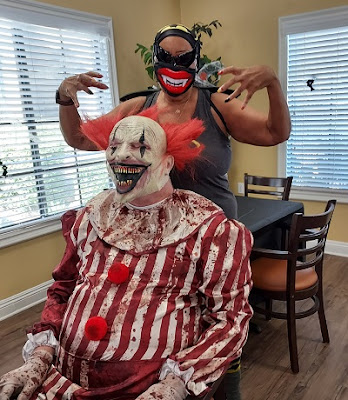 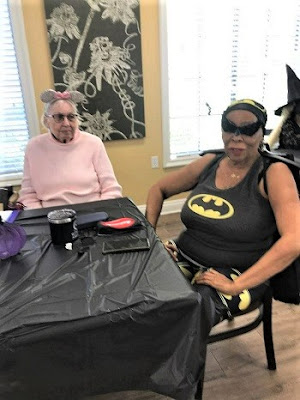 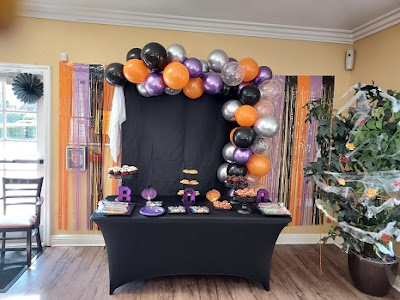 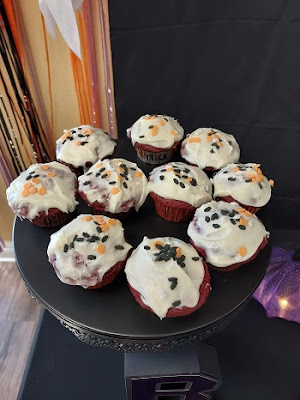 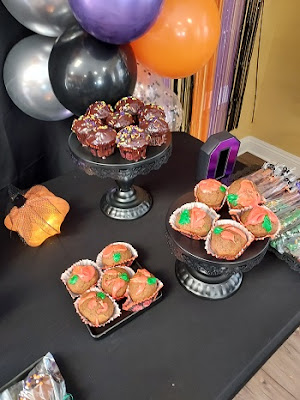 Mildred’s Day 19 challenge is "A song that makes you think about life".

That would be The Dance by Garth Brooks.


It’s not a melancholy song per se, but every time he gets to the line … "And now I'm glad I didn't know the way it all would end, the way it all would go. Our lives are better left to chance, I could have missed the pain, but I'd have had to miss the dance", not to sound morose but I think how even though I've had a fairly decent life and it continues to be so, and even though I've survived quite a bit of trauma and came out stronger, when all is said and done, without a doubt, I’d still would have rather escaped the pain by missing the dance that life is.

Posted by BootsandBraids at 11:59 PM