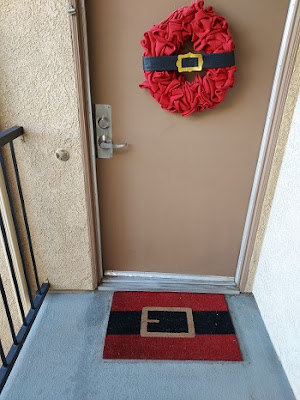 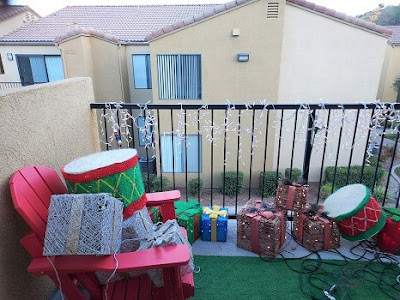 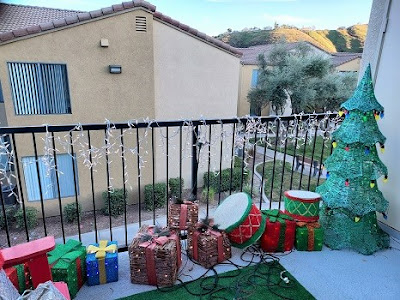 Roll Call — how’s everyone doing … did you enjoy feast day (Linda in Kansas already commented how she feels about it, LOL) … how much weight did you gain?

As you can see, first thing I did upon arriving back at the complex, even before I finished bringing up luggage from the car, was to deck the halls.

I made the right choice in travelling two days before Thanksgiving, because the drive was smooth sailing all the way.

Heading back early this morning, despite hearing the news say the day after Thanksgiving was a terrible day to be on the road, the freeway was clipping along, no hiccups.

I guess everyone was doing the Black Friday thing at the malls.

Time flew while in Long Beach.

I had planned to do a little sightseeing — walk over to the beach, stick my toes in the sand, take closeup photos of the Queen Mary, but never got around to any of it.

Instead, I spent time playing with the baby — now six months old and quite heavy (as you can see, I’m barely able to hang onto him, with one hand holding the baby Yoda stuffed buddy I brought him). 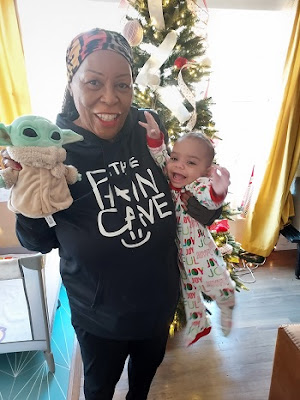 Difficult even to hold onto even with two hands. 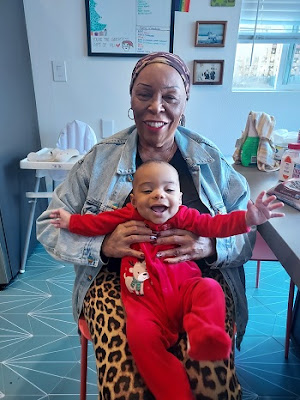 When free time to stick my toes in the sand/see the Queen came about, the opportunity for a mani/pedi popped up, so I opted for that instead.

So, the whole time I was in Long Beach, the closest I got to the Queen was seeing her first thing in the morning, last thing at night through the window of the hotel room. 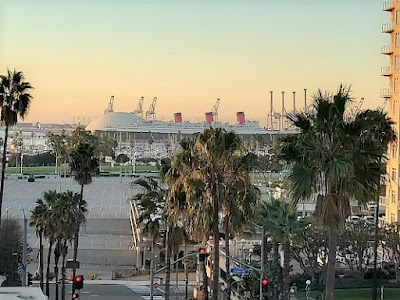 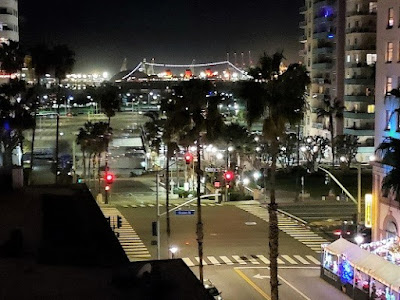 Word last year was that the Queen — closed due to deteriorating conditions, was to be sunk unless an estimated $700 million for repairs could be found. Now it seems $5 million in repairs are under way and she's purportedly slated for a "partial" reopening by end of the year.

I dunno — from $700 million down to $5 million sounds suspicious. Not to mention, this thing about a "partial" reopening.

Sounds like the plot of a horror movie to me — rushed repairs, cheap material to cut costs. Unsuspecting tourist on the repaired side, while the unrepaired side springs a leak. Terror on board as the ship begins to sink, taking the visitors, and the ships' ghosts, down to the briny deep.

Along with spending quality time with the great grandson, I also managed late night in the hotel room to finally at last after six months finish reading Randy Rainbow’s book.

Wasn’t a particularly good book, not a page turner; but not a bad read either. Interesting enough that I slowly worked myself through, finished it and got started on The Marble Faun of Grey Gardens.

No idea what the seniors were up to during my absence, but the fact the complex is still standing is a good sign it was the same ole same ole.

Posted by BootsandBraids at 9:31 PM