It was March 2, 2020 when I participated in the in-person Shamrock 5K. On March 11, 2020, the WHO declared COVID-19 a global pandemic, and that was it for me with in-person run/walks until this morning’s Mission Inn 5K, which turned out to be a great success.

I arrived at the start line after the first of three waves had taken off — the Half Marathon Group was first, then my 5K was scheduled, after which the 10K folks would go, and it was high energy and a sea of participants at the start line for us 5K people.

I’d thought about going in costume, but decided not. I wanted to just blend in.

The route was killer — mostly asphalt all the way, and rocky beat up asphalt at that — the kind that if you’re not careful how your foot lands, you can hurt yourself, twist an ankle or break a bone in your foot, be out of commission for many months (bone spur, been there done that because of a bad road).

Getting this rail car (donated to the City of Riverside) to this site may be one of the reasons the road is chewed up.


Also possibly contributing to the damaged roadway, is this memorial to the workers and soldiers that built and operated the amphibious tank LVT-(A)-1 in World War II. 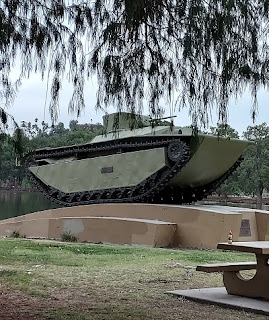 So there was the treacherous roadway, and there were hills — three, maybe four.

I don’t mind an incline, but hills are brutal. However, all the work I’ve done with trainer — building up strength and stamina, enabled me to rise to the occasion, while managing to maintain a pace of 20:33 per mile, finishing in 01:03:49, 5th in the Age Group 75-79. 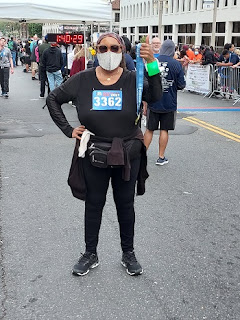 The computer calculated my Overall as 1,020th of 1,158, 535th Female of 637, which is all good and well — except I was essentially last in my age group. I attribute that to the fact that, while I saw other seeming to be older folks walking fast/focused/determined as if their lives depended on it, I myself was moseying along, taking in the scenery, stopping to snap photos. 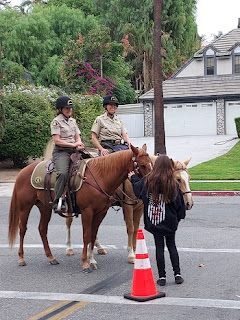 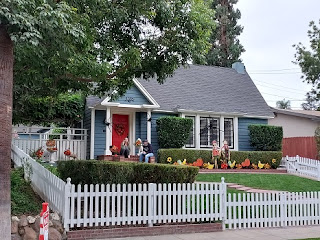 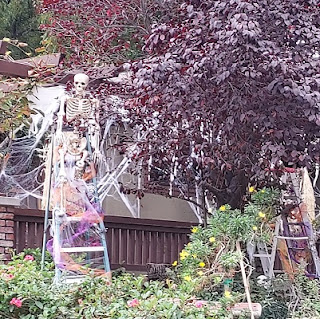 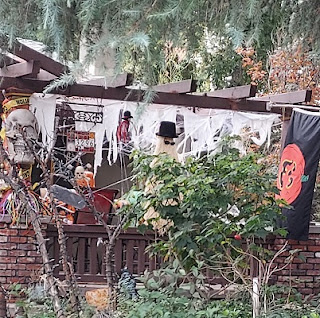 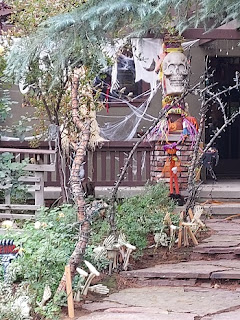 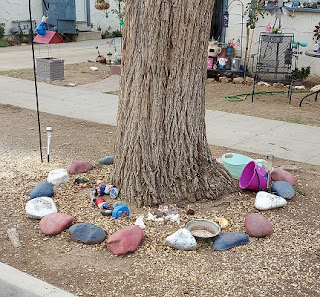 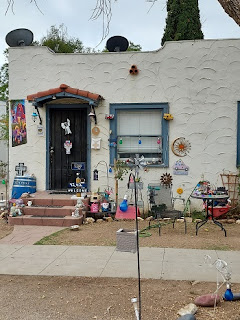 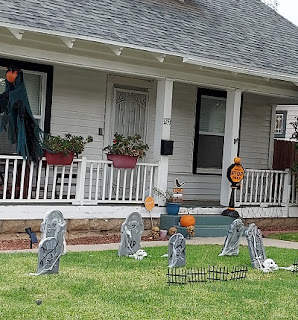 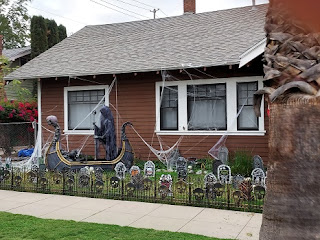 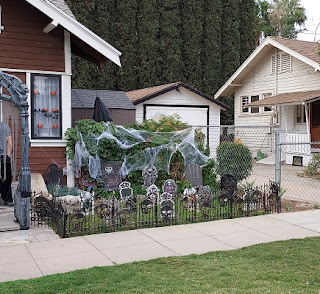 There’s supposed to be a commemorative tee in that photo, but the tees are currently stuck on a boat in the Long Beach Harbor — part of that supply chain backup you’ve been hearing about in the news. Shirts will be mailed to us at a later date.

There were plenty of vendors selling this, that, the other at the event, even some freebies. I’d not planned on buying anything, but then this called my name. 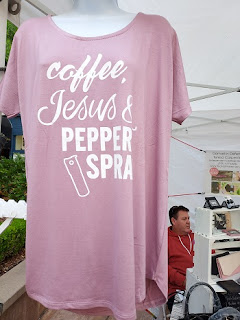 Jesus should have come first, but the message has me written all over it, so I purchased in black — pink is NOT my color.

All in all a fun event, and though another year of life is not promised, I’m looking forward to tackling the killer route next year.

Posted by BootsandBraids at 3:42 PM