Pick a Color and Tiny Hands

I came thisclose yesterday, to removing my feet from the spa chair tub, drying them, walking out.

Arriving at the nail salon at 10:55 for my 11:00 appointment I was greeted by one of the managers by name. How he knew who I was became clear when I saw my pedicurist just starting a manicure on another client.

The guys who manage the salon run it like a sweat shop. They hoover in around and over the women, silently intimidating them, ordering them about in their language. The women keep their heads down, keep quiet, do what they have to do to keep their job.

Having my own self been there done that for many years — head down, kept quiet, did what I had to do to survive in toxic work environments, I recognize the signs — not to mention my pedicurists, though she would not dare speak up, she makes facial expressions to me and rolls her eyes to let me know how she feels about whatever is going on at any given time.

So, putting two and two together, I deduced the manager knew my name because, when he ordered my pedicurist to do a manicure on this other client, she would have said something to the effect that her regular, me, had an appointment, would be walking through the door any moment.

It took some 45 minutes for my pedicurists to get to me.

At the 30-minute mark, I was seriously considering drying my feet, walking out; but I really needed a pedicure and having invested 30 minutes already in waiting, figuring I didn’t have much longer to wait, that I might as well stick it out.

I did, however, make a bargain with myself to skip the manicure because I can do that myself.

When my pedicurist finally made it over to me, she brought the manicurist with her, so I settled in for what I’d requested and had scheduled for 45 minutes earlier.

Asking my pedicurist what was going on, she whispered something to me I couldn’t make out, because she was talking low, careful not to be heard by the manager or any kiss ass coworker who’d rat her out, but her face and the way she rolled her eyes towards the male managers told it all.

There’s a high turnover with the younger girls. They probably say to heck with these guys and go work at the mall, but the two older ladies (my pedicurist and one other) are kinda stuck, so they are the only constant.

This new thing of young people no longer willing to tolerate toxic working conditions, leaving fast food establishments scrambling or closing their doors altogether, appears to have caught up with the salon. They were very short staffed. That’s why my pedicurist had been told to do a manicure. That’s also why one of the male managers himself was jumping in, working on clients.

I was observing all this while the manicurist had almost finished my hands, was just starting to paint one of my nails when, all of a sudden, the manager I’d seen removing fake nails from a client, suddenly appeared hoovering over and startling my manicurist, quickly whispered something in her ear which caused her to immediately stop painting and jump up so quick that she smeared polish around the nail she had begun painting.

Then POOF, she was gone, later to be seen working on another client.

I guess he ordered her to stop painting me, service this other client who'd just been seated. BTW, this newly seated client was White, as was the client my pedicurist had been ordered to service. I noticed it was just I and one other Black lady that were made to wait. Everyone not Black got seated and serviced immediately— even if the manager himself had to step in.

I was left befuddled for a few minutes by the loss of the manicurist, after which that manager returned, picked up the bottle of polish and looked to begin painting my nails.

"What happened to my manicurist?" asked I.

"Nothing, nothing happened to her", he said in a so what tone.

"Well, obviously something happened to her, because a moment ago, she looked like a woman. Now, she looks like a man, she looka like a man". (I repeated and reverted to speaking like Ms. Swan of MadTV).

My pedicurist cracked up hearing what I’d said, as did the girls working within ear shot.

I hope they don’t get punished for laughing at his expense.

So, anyway, I’m loyal to my pedicurist. As long as she’s working there, I’ll keep coming back.

As for Tiny Hands, some fun memes popped up as a result of Cassidy Hutchinson’s testimony before the Jan 6 committee. 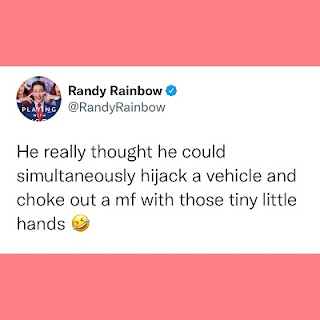 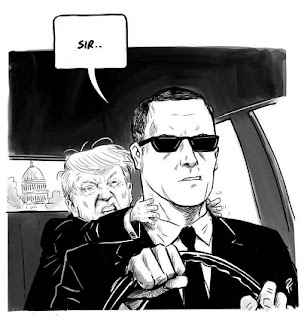 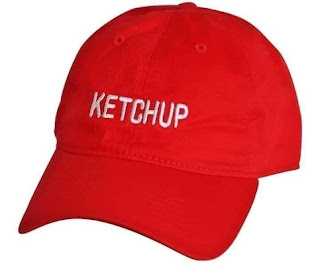 Posted by BootsandBraids at 9:27 PM