Heading to yesterday’s workout, I saw the Maintenance guys were back at clearing out Bonita’s unit.

The furniture the guys piled up at the dumpster looked like the old-fashioned well-built stuff. Too difficult to smash up to fit inside the dumpster, they left it out for pick-up but, in the interim, I was expecting the seniors to cart pieces off to their unit.

Returning from the Pain Cave, with about an hour to spare before Bingo, I saw a couple seniors perusing the offerings. 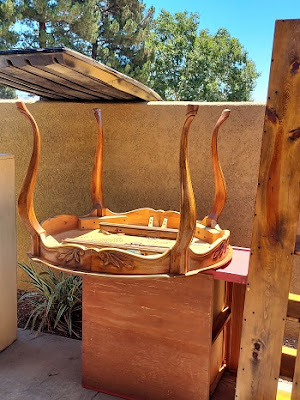 Her next-door neighbor, the guy who pulled Bonita’s memorabilia from the dumpster — let’s call him He-Man … you’ll find out why as you read on, was busy pulling an end table from the dumpster.

Seeing him dumpster diving had me silently hoping he didn’t find any more photos, because it had been a bit of work tracking down someone to take that first batch.

At any rate, asking Painted Rock Lady (PRL) how she planned to get that heavy table to her unit, she said the one I now call He-Man, her next-door neighbor, would figure it out.

Funny how it is that the big strong looking guys around here turn out to be oatmeal, like now with Big Friendly Guy and like a while back when I asked a tall not bad looking strong appearing guy to help me get a microwave up the stairs.

"You know I’ve got a bad back" said he, when how could I know that since I didn’t even know his name.

He did begrudgingly help me after which he immediately diminished in my eyes — looks not so tall now, less better looking and definitely no longer fits the illusion I had of him being strong when I see him in the market or out on the premises.

So, anyway, turns out Big Friendly Guy and his dolly weren’t needed after all as He-Man, little as he is, managed to perform a feat I’d not have believed had I not seen it for myself. 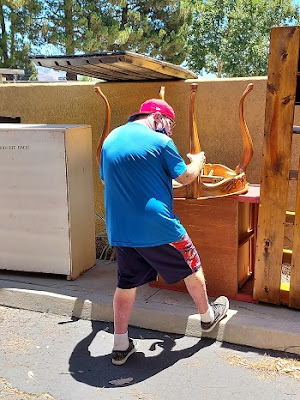 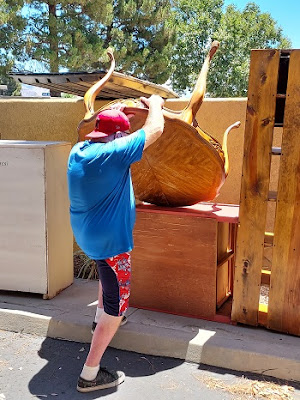 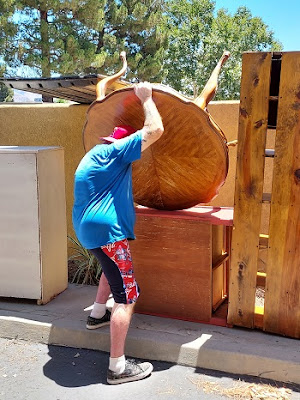 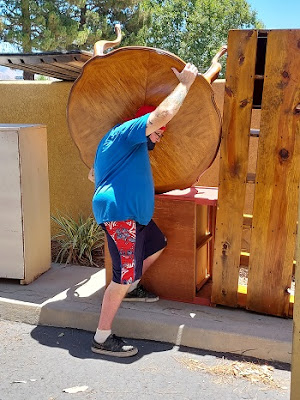 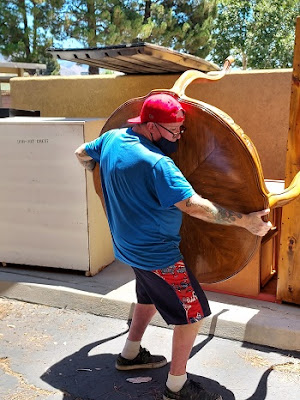 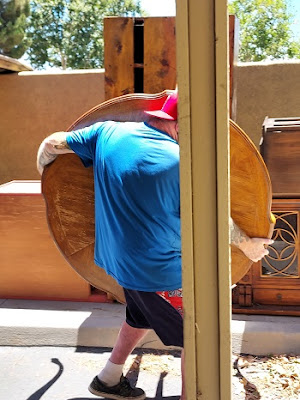 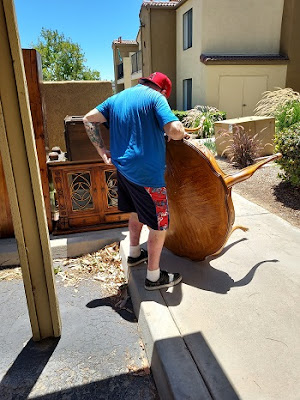 Later that afternoon, seeing other residents having talked Big Friendly Guy out of the dolly and using it to move furniture down the walkway, I was surprised this morning to see quite a few pieces remaining, including an ottoman and vacuum cleaner.

As for the residents who feel they've gotten a bargain, they may have gotten more than they'd bargained for.

I don't know about having things belonging to a deceased person in your unit. That's how discarnate beings/ghosts come into your life — when someone takes possession of an item the deceased person was attached to in life and can't let go of even in spirit.

That's why I was so happy to hear from the mom of the Joling boys and so quickly shipped Bonita's memorabilia off.

Of course, had Bonita been hanging around, she would have understood what I was doing with her stuff, would have been encouraging me on and like commenter Abby said, when all was said and done, Bonita would have been "Smiling at you and clapping" and then moved on.

Posted by BootsandBraids at 12:20 PM