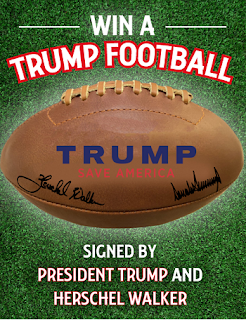 Long time readers might recall that my buddy Apache was a passionate Thing 45 supporter and, because he was, when we had a big Birthday Bash for him in 2019, I purchased a gift for him off Thing 45’s shop.

The purchase was misconstrued as my being a supporter, and I began receiving email invitations, supposedly from Thing 45 himself, offering me VIP All Access "join me backstage" at his rallies.

I became Miss Popular, with invitations to breakfast, his addressing me on a first name basis, followed by similar emails from Newt and Junior.

I could have easily cut off communication by marking as spam, but I was having way too much fun getting an insider’s view.

Now here we are in 2021 and, I guess, gearing up for a comeback, I’m being thanked for my support, and welcomed to the Save America Team.

I thought we already did Save America by seeing to it he was not reelected. 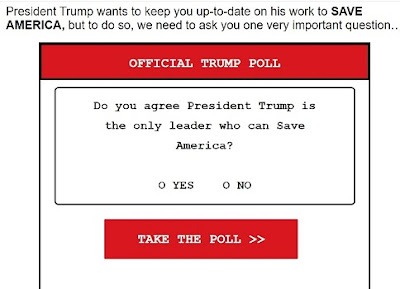 No surprise that’s a big FREAK NO! from me.

Then there’s the All Star Candy Crush competition, being hosted by Kim Kardashian.

Looks like I’m automatically entered, whether I want to be or not AND, when I play, my results are factored in.

Round 1 ended today, with KK telling me I’m No. 32 from the top scorer. 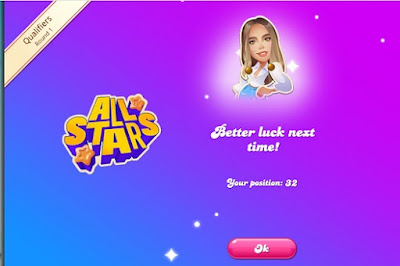 Big Whoop! I’ll be glad when this is over and Candy Crush returns to its regular mode.

I’ve not yet received my Bib for the Redondo Beach 5k but, wanting to get qualifying off my bucket list, I headed out to the university this morning, loaded Runkeeper AND Map My Walk, just in case one failed, finished the 3.13 miles.

Because I had a backup, Runkeeper performed accurately, which caused a funny thought to run through my head. That thought being ... Just like a man. Won't act right until a backup comes on the scene and he realizes how easily he can be replaced.


I'm not gonna win any special Place medals with that time, but it was 101 degrees out today, and I'm just getting back to racing form.

The good news is, I’m finally off the naughty number I was stuck on, because the Pandemic put an end to 5K’s. So when I post my latest accomplishment to Facebook and Instagram, I can mark this one as the 70th 5K I've participated in, since beginning at Age 65, and leave the naughty number behind.

Posted by BootsandBraids at 8:05 PM