I received an updated, more precise analysis from Ancestry this morning. 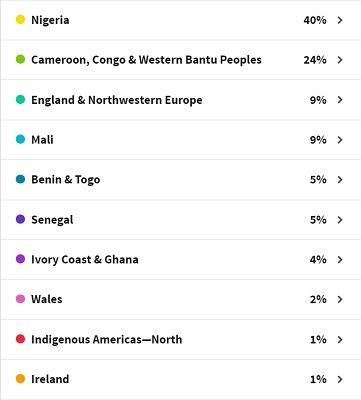 Ivory Coast & Ghana is new/were not included in the last year’s analysis.

Wales and Indigenous Americas remain the same, while Ireland is down 2%.

How can Germanic blood be there one year, disappear the next, as has Scotland’s whopping 6% — gone, dissipated.

I’m beginning to think Ancestry is no more an accurate reflection of the elements that make me a person than the medical center’s BMI Index.

One thing though is that, although I’ve always felt I came from another planet, that I’m part alien, the results show I’m 100% from here, planet earth.

The woman who found me on Ancestry, who calls herself my DNA Cousin, and who spent four years on solving our connection — ultimately learning that our great grandfathers were brothers, has ceased communicating because, I’m guessing, she was offended by something I said.

I didn’t mean to offend her but, in her last message, she was telling me more about my father’s side of the family — how this long dead relative didn’t like that one, how that long dead one had been mean and abusive to others.

The more I learned from her, the more I got a feel for small town living during that era and suddenly realized what I’d escaped because my dad left my mom for one of those small minded, jealous, spiteful women and I got to grow up in a more enlightened part of the country.

Unfortunately, I did not simply realize it in my mind, but typed out “I'm beginning to think my father did my mom a favor by leaving her. My father's side of the family appear to have had a lot of issues”.

Mom brought a lot of that old-fashioned limited thinking with her, but being where we were gave me ways and means of going around her, rising above the limitations she tried so hard to place on me. It was a struggle, but something kept pushing me forward until I expanded my awareness and grew.

At any rate, I haven’t heard from DNA Cousin since I said what I said, but oh well. 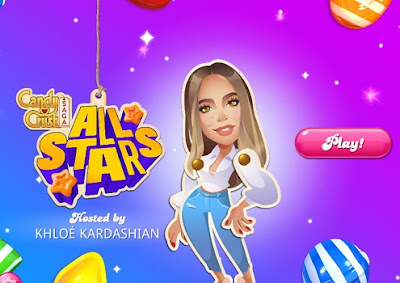 I logged on to play and found she’s hosting an All Stars Tournament pitting us crushers, above Level 25, against each other, with the goal of crowning one of us the Nation’s No.1 Crusher, winning a years’ supply of Gold Bars.

At Level 3295, I’m automatically entered into the tournament, whether I want to be or not, but I won’t be competing against anyone but myself — just play a normal game, my normal way.

So far, the only thing I see different is that some of the symbols have been replaced with orange stars.

Also, thus far today, in addition to working out on the smart hula hoop, I put in 5 miles on the indoor bike and caught a new Pokémon.

It’s a good thing I caught it in my unit during daytime hours. because it might have freaked me out a little to see it at night, especially since it started moving directly towards me. 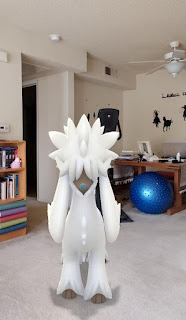 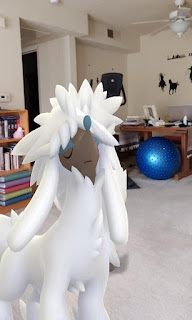 What the heck!! They don’t generally move forward.

Posted by BootsandBraids at 2:21 PM