Saturday’s walk, on the campus of the university, was energizing and motivated me to get off the couch yesterday, put in some time on the smart hula hoop, followed by a 6 mile ride on the indoor bike.

Woke up this morning feeling it — stiff and sore.

Much as I would have preferred to stay in, nurse my aching body, I pushed through, kept my appointment at the Pain Cave. 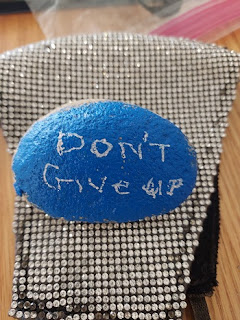 Got through today’s upper body workouts, arrived back at the complex feeling even sorer and stiffer.

As I pulled into my parking spot, the Talker, who parks next to me, was preparing to enter her car to drive away.

Asking if her brother, who was banned by the Tyrant, from bringing his mobile food bank onto the property, had found another location, she responded, no, that he was currently looking for another location because he had lost his lease.

I’m not exactly sure what that meant, but gather either the church lot he was working from, or a location he had leased, was no longer available to collect, store, distribute from.

The Talker went on to say she too was looking for another place.

That was a "yes", but only because the office has notified her that she is now over-income and has to be out by October 31.

Damn! That’s harsh. She’s only been here a year and a half.

The Talker got pushed over-income as a result of monies inherited when her mom recently died, followed by her now getting a salary from a health care organization for taking care of the disabled brother who lives with her, which salary had been withheld and is now coming in lump sum, with additional checks to follow, further pushing her over income. Not to mention the disabled brother also became privy to a similar lump sum windfall.

She agreed with that and went on to say she felt bad about being blessed, because there are residents here who are struggling and, being as how she is a talker, she went into detail about the residents of whom she spoke.

She pointed out that one such resident, who lives in my building, around the corner, has so little money that the office settled her rent at $295 a month.

I’m no fool though. I’m sure the county is kicking in $900 or so for the shortfall, but I didn’t say that to the Talker.

She also said the nice old guy who saved the kitten is also struggling because, after his wife died a year ago, he lost income. His rent had been settled at $750 and, with the loss of income, he now only has $925 coming in.

"He needs to get himself re-evaluated", said I, which she said is what she told him but, in the interim, she — the Talker, has been helping him out, paid off a few bills for him.

She and her brother with the van are generous souls. Her generous nature is probably what’s attracting money into her life — The Law of Attraction.

At any rate, it was interesting to learn of the disparity in how management determines the price of leasing a unit here. I assume there is a formula they follow and, because she and I are in a gray area — not rich, but not as poor as others, the formula is slowly working against me, but worked rapidly against her because everything came in all at once.

She’s living on faith that she’ll be led to the right place, which is what I too will do when the time comes. Living on faith is what brought me here after that disastrous year I had my life turned upside down, when I relocated to Long Beach so granddaughter could continue with her schooling, keep her from being homeless when her mom spiraled out, left her alone to fend for herself.

Talker said she wants to buy, but plans to wait until the housing market calms down.

So that was my today, which happened to be the 2-year Anniversary of my working out with Trainer in the Pain Cave.

Thanks to my gut issues, which got progressively worse last two years, I’m not leaner, but hope springs eternal. I keep trying for weight loss. 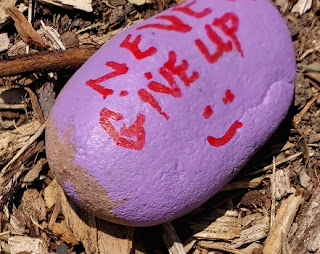 I am, however, very much stronger — I even now can feel muscle in my upper arms. 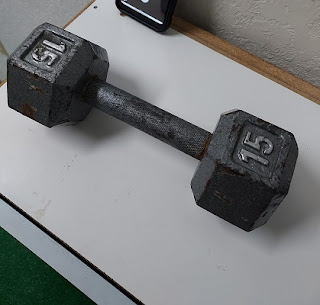 Can you make out the words on my leggings? I’m what those words say.

Posted by BootsandBraids at 7:37 PM