Nothing special going on other than a Virtual 5K, which I did not register for because I’m over virtuals.

Batman Day did help me to make a decision as to which way to go in a costume for the Halloween Bingo/Costume Party being planned by residents, not management, for next month.

For months I’ve been planning on being a vampire should there be an event, even long ago purchased a vampire face mask. 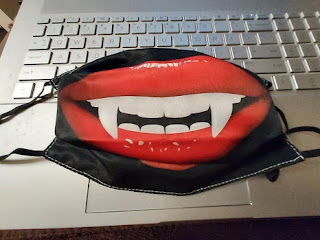 Then, at yesterday’s Bingo, when the event was announced, I immediately thought of my Wonder Woman gear as the costume to wear.

But for sure I’m now feeling the Batman outfit I wore for the 2019 DC Batman Run (see photo in sidebar).

I might still wear the vampire facemask. I can say Batman got bitten and is now a blood thirsty creature of the night.

Yesterday was my lucky day at Bingo, and I didn’t even dress for luck. Wearing my regular black leggings, black top, with not much care as to whether I won or not, I won two games.

First win, I opted for a cute Mary Poppins figurine.

Ironic isn’t it that I’m weeding out whatnots that serve no purpose other than to sit and look pretty, and here I was adding yet another whatnot.

When we have a win, our photo is taken for the resident’s facebook page. As my photo was being taken, I sang a few bars of A Spoonful of Sugar. Talker, taking the photo, quickly switched to video and told me to sing the entire song.


I managed, but quickly realized (I don't think anyone else did) that I’d gotten one word wrong.

Here’s a little quiz for you — Can you identify the one word I got wrong?

I overheard Painted Rock Lady say to someone, "She (meaning me) took what I wanted to win". So, inasmuch as I figured the figurine will eventually get wrapped up and put into storage, I thought I’d enjoy looking at it until November 29th — PRL's birthday, then gift it to her.

At least that was the plan. However, now that the figurine is in position, I like it so much that I don’t think I can part with it. 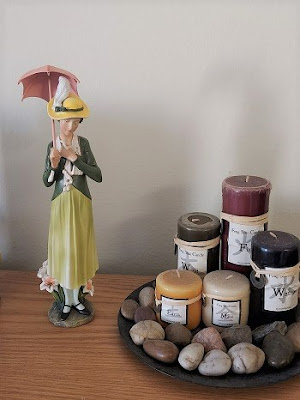 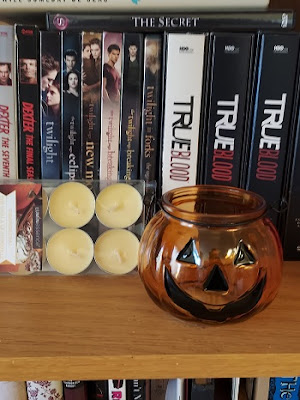 Now THAT I can use because it will serve a purpose — at least through the month of October.

It’s definitely looking like Dream Lover and his girlfriend are splitsville. I saw him peer into the door, look around, see her sitting too close to the table he usually sits at, back out and exit stage left.

I also got an update on our Karen character.

She’s still complaining — about the noise Talker’s brother makes when walking up/down the stairs, about every little common household living noise Talker makes. She's also reporting residents walking their dogs without a leash to the office and reports/complains about excessive barking.

That would be Nurse Ratched's mother's dog, and I'm glad Karen is making an issue of it because that dog's barking has been the bane of my existence for years. I even purchased a dog whistle to blow in the dog's direction hoping to distract it from barking hours on end.

Didn't work, but I have observed that lately it's been a lot quieter. Nurse Ratched's mom brings the dog inside when it won't stop barking. So, good on Karen for that one.

As for quieting Karen down, Talker said she’s tired of going to the office about Karen's harassment, so she just no longer bothers. However, there’s some tit for tat going on with Karen and other residents.

Karen was so upset that she actually took the issue to Talker (looking for sympathy if you can imagine after all she's done to Talker). Karen was upset because the office called her, said others were complaining about her cat being allowed outside without a leash.

All this time I’ve seen her outside picking up olives that have fallen from the tree, her cat trained to roam, come when she calls, I’d forgotten the rules state cats are to be kept inside unless on a leash.

Can a cat be leashed? Seriously, I don't see that happening.

At any rate, residents are retaliating against Karen by reporting her cat outside without a leash and it ticked Karen off.

Talker gave it to her straight saying, "What do you expect? You reported them, they’re reporting you".

It’s the Tit for Tat Wars folks, and I love hearing Karen is getting a taste of her own medicine.