Heading out for the university this morning, to qualify in the Wonder Diva Virtual 5K and earn my swag ─ already received on the honor system, I saw the driveway entry gate was down. Gone actually. 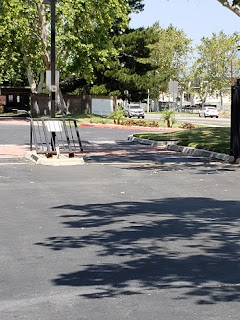 Gate down, no security, I fully expect our cars to be broken into and/or stolen.
While standing there, wondering what could have happened, a resident ─ whom I’ll name The Preacher walked up and said a delivery truck had “backed up into the gate”, essentially destroying it.
I don’t see how a truck could have taken out the gate by backing up, when there's an entry side and an exit side, but whatever.
I’ve seen Preacher around for maybe two years, but hardly say anything more to him that good morning because, the one time we did get into a discussion about ─ I can’t remember exactly, but think it was about something No. 45 was doing or had caused to happen, and Preacher’s response was, “I always go by the bible” and he began to refer to the Book of Revelations and how everything that’s happened with No. 45 was prophesized.
He wasn’t wrong. It’s just that I felt like he was mansplaining to me, like I was some idiot woman and he this all-knowing male. 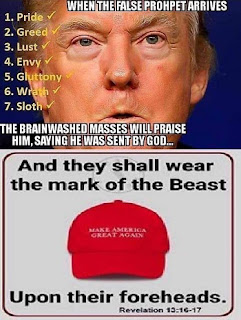 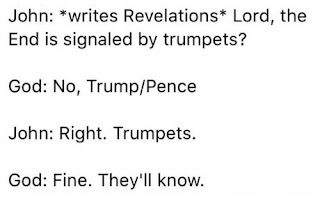 Preacher was ─ against complex rules not wearing a mask and, at one point during our very short interaction, he coughed, which made me glad I at least was wearing one.
Jerk!
Earlier in the week, I’d spotted Younger Sister heading for the mailbox … without a mask.
“Where’s your mask?” chastised I.
“Oh you know how it is”, said she. “It bothers me”.
No, I don’t know .... But Covid-19 is going to bother you a whole lot more, I thought to myself as I walked away.
Then, a few days ago, a mask wearing woman in the market walked by me and asked, “Are you doing okay”.
“Un huh??????” answered a confused I, wondering why she was asking.
“I can’t breathe. Feel like I’m about to pass out”, she went on to say. “You must be used to it”.
“I guess”, was my reply as we both went our separate ways.
Some folks are making such a big deal out of such a minor thing, when the risk of what the alternative will do to your ability to breath is major.
At any rate, arriving at the University, I found barriers preventing me from parking on campus.
I ended up parking at a shopping center about a half mile away and began tracking my time and pace from that point. Once I’d made it onto campus grounds, I found the area to be a lot safer than the last time ─ when it was completely deserted. This time there were landscapers and construction people on the property. There were also campus cops ... a lot of them. I think I counted something like eight cars here and there.
When I saw they’d found a guy camping out near the closed food court area, I understood why so many cars. Campus and dorms are empty. Lots of places for interlopers to ride out this pandemic. 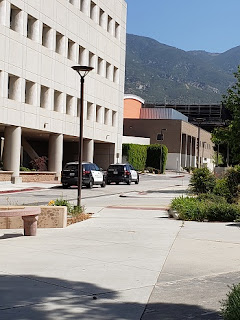 They didn’t arrest him. Just made him pick up his belongings and leave.
No doubt he’ll be back under the cover of darkness and find a better hiding place.
At any rate, Wonder Diva Virtual completed. Took a little over an hour because, with no one to compete against, there was no need to hurry. Lol. 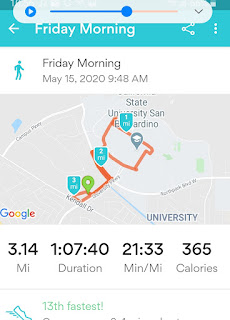 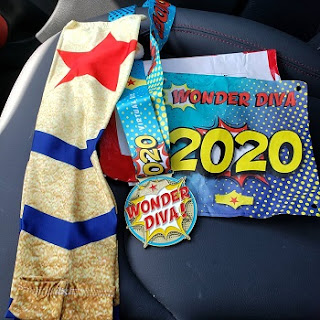 Posted by BootsandBraids at 2:35 PM