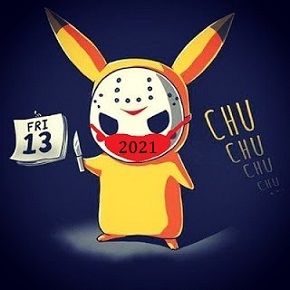 I did not intend to get married that day, didn’t intend on getting married AT ALL, even though the cop I was dating, who later became father of my girls, and I had been together for a while.

How it happened was … he decided at the last minute for us to fly to Vegas to see the Sammy Davis Jr. show and, once in Vegas couldn’t get tickets, the show was sold out.

On a lark, he suggested we get married and, caught up in the moment, I foolishly said okay.

Some guys make great boyfriends, but you wouldn't want to marry them, have to live with them 24/7.

At any rate, we rushed around, bought outfits and did the do, with me thinking well maybe Friday the 13th being a bad luck day, will do the opposite and bring us good luck.

Coming back from the Dermatologist on Tuesday, I stopped for gas. While pumping, a guy at an adjacent pump engaged me in conversation, mostly about the fire off in the distance, I was looking at.

He said he had a fire app on his phone and that, when there’d been a really bad fire in that same location three years ago, people living in that area had asked for help on the app. He and some friends had responded to the plea, driven up, helped evacuate some of their animals.

As our conversation ended, he and I drove away, I began thinking … why is it that I normally so easily engage, enjoy listening to the life stories of strangers, but don’t want that security guard to even breathe my way?

Looking through old photos to email to a woman who found me on Ancestry and is doing root work on the family (more on that later), mystery was solved.


The girls dad was a Handsome devil and, while looking at that old photo, I realized the Security Guard gives me the heebie jeebies because he reminds me of my ex. The resident I refer to in the blog as Handsome Man also reminds me of my ex, which is why he too gets on my nerves at times. Both are tall, dark, good looking, well built, both carry themselves in a dignified manner and give off that arrogant self-assured vibe that so annoys me.

So, there you have it.

My attitude towards the two is a case of Once Bitten.

Doesn't mean that every guy who reminds me of my ex is an undercover psycho, who lures women in with their good looks and charming dignified demeanor but, if the vibe is felt, doesn't mean they are not.

And while we’re on the subject of devils — this one not tall, not dark, certainly not good looking or carrying himself in a dignified manner, but most assuredly giving off that arrogant self-assured vibe … the Tyrant has sought fit to bestow a movie on the seniors this evening — A Quiet Place is to be shown in the Clubhouse at 2:30, and this time the Tyrant made sure to indicate RSVP.

I’ve not seen A Quiet Place, but I know it’s hours of no talking by characters in the movie because, if you make a sound, it will attract a monster.

I do enjoy a good horror, but that kind of suspense stresses me out.

I’m hoping to run into Church Lady, so I can ask if she’s planning to attend this afternoon. When my buddy Apache was in charge of Movie Night, Church Lady was so over the top appalled at his showing Halle Berry/Billy Bob Thornton’s Monsters Ball to the seniors, because of the "nasty" sex scenes. She disapproves of movies with “bad words”, movies with blood, so I’m curious to see what about A Quiet Place, a movie filled with silence and monsters, will offend her sensitive nature.

Will be interesting if any of the residents respond to the Tyrant’s movie night at all, but not interesting enough for me to go down and check it out.

Posted by BootsandBraids at 6:45 AM